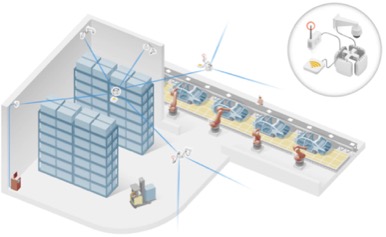 Emerging from stealth mode, Kwikbit is planning two major product launches in the first half of 2019 bringing to market a unique blend of disruptive technology to deliver gigabit wireless to flexibly meet the needs of operators, enterprises and industries using innovative new business models.

Company CEO Khurram Sheikh explained that Kwikbit is involved throughout the product lifecycle in terms of network planning based on the needs of a particular site, evaluation of provisioning needs like authentication and security, mapping out optimal infrastructure placement, network activation and follow-up monitoring.

For in-building deployments, Sheikh said there was significant interest from enterprise and industrial players looking to deploy wireless internet of things networks in parallel with existing networks. Kwikbit is developing proofs of concept with partners in the lighting, logistics, entertainment, retail and industrial IoT spaces. In addition to support for IoT sensors, other key use cases include video surveillance, security and enhanced Wi-Fi connectivity.

To the Wi-Fi point, Sheikh said the coming move to the IEEE’s 802.11ax Wi-Fi standard, also called Wi-Fi 6, which is optimized for dense user and IoT support, will create the need for an update to in-building Wi-Fi networks. Instead of rewiring the entire building, Kwikbit can provide a low-cost, wireless alternative that’s “like setting up a lightbulb.” The indoor hardware comes in a compact form factor that provides 100 meter connections over a 90-degree sector.

In a world where fiber-like speeds are needed to support digital transformation efforts but economics don’t accommodate the construction or leasing of fiber, there are alternatives, Sheikh toldRCR Wireless News. “Our business model is converting the capex cost of cabling and fiber into an opex model. The reason we can do that is because our cost structure is very disruptive. It’s also this ease and speed of deployment that helps us lower the cost dramatically for the customer. We’re 10x cheaper than fiber and we’re 10x faster in terms of deployment time. That’s our value proposition.”

In addition to in-building enablement, Kwikbit also plans to take its network on demand model to the outdoor space, providing flexible deployment options–radios deployed on poles, inside buildings or integrated with street furniture–for increasingly densified urban areas as well as underserved rural markets.

While 5G is being billed in the telecoms world for a panacea that will support widespread industrial automation and a new era of enterprise applications, why wait, Sheikh asked. “We offer a capability today. If an enterprise says, ‘I want to build my own full private network- backhaul, access, everything integrated together,’ they can, and we have a cost structure that’s dramatically lower. As 5G NR access points become available, we will provide the backhaul distribution networks to deploy them at scale ubiquitously.”

Kwikbit will be on hand for the upcoming Consumer Electronics Show and Mobile World Congress in Barcelona.